Hey friends! My last toddler update was over 2 months ago and our little man has changed so much since then!

Jacob is looking a lot like me these days and acting just like Joey as a baby! So basically he’s a wild, blue-eyed boy with a very big personality.

He can be found constantly throwing all the things. There is a lot of flinching when you’re around Jacob! When he plays upstairs it sounds like a grown man is jumping around but it’s just toys being thrown. If he has a toy in his hand on the way out of the playroom, he loves to throw it down the stairs as hard as he can. He also really loves throwing his pacifier across the room as I rock him (yes, I still rock him for every nap and bedtime). We both feel that there will be a lot of throwing in Jacob’s future.

When Jacob isn’t throwing something, he is eating. I honestly can’t believe how much this baby eats. We do breakfast, second breakfast, snack, lunch, snack, dinner, snack…. I can barely clean up the mess before it’s time for him to eat again! We are officially at the point where his milk and snacks are taking over the grocery cart. He is most definitely a growing boy, but also enjoys throwing food- we will work on manners later.

Jacob is so affectionate and lights up our days with his happiness. He loves to snuggle first thing in the morning, gives the best hugs, smiles with his whole scrunchy little face, and still opens his mouth for kisses. My absolute favorite is when he gently places my hand on his cheek to show me he wants to be closer. He used to only have eyes for his Mama, but lately he gives equal amounts of love to his Daddy.

A few other things Jacob loves at 15 months….

-The swing and the slide at the park!

-Giggling! If he’s excited, you will hear the cutest giggle in the world.

-Mickey Mouse! I have never been to Disney World and look forward to taking him some day while Mickey is still magical to him.

-Playing… this is truly the way to Jacob’s heart.

-Peanut butter- I remember panicking before introducing this! He eats it every day.

-Splashing in the bathtub- usually I end up needing an outfit change.

-Doing whatever he wants at music class!

-Throwing coasters on the coffee table at Mimi & Papa’s.

-Being outside- this has always calmed him and we still love our daily walks.

-Opening and shutting cabinets- he can do this for 15 minutes straight.

-When we sing “Baby Shark” as we brush his teeth.

-Grammy & Mimi… he lights up instantly when he sees them!

We can’t have conversations with words just yet, but we have lots of them with smiles and laughter. It’s another stage I wish I could scoop up and keep forever, but I know there is even more fun ahead! 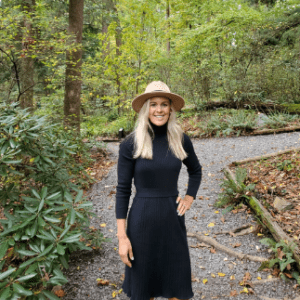 Welcome to Leawood Lane! This blog is a space for me to share my favorite things… family and all things health & fitness. I am so happy to have you here!

Searching is in progress